Career talk and networking event held at the Consulate General of Ecuador.

Workshop on Immigration Relief and Immigration Fraud on December 7, 2015. A special thank you to our sponsors: the Queen's District Attorney's Office, the Ecuadorian Consulate, and the Mayor's Office.

As part of Hispanic Heritage Month, panelists discussed and highlighted their careers and achievements as prominent Hispanic leaders in our community. Sponsored by the Galapagos Center for New Americans.

Our Free Informational Workshop was on September 30th, 2015 in the Consulate General of Ecuador in New York City. 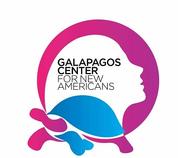